Panic is a gameplay mechanic in the Clock Tower series and in the spin-off Haunting Ground. Panic refers to the fear and terror that the player character is experiencing.

The player can also wait a small while, and Jennifer will automatically sit down to heal. This reduces Jennifer's Panic.

The Panic button is as follows:

The Panic button is Square.

The panic style in Clock Tower II: The Struggle Within is very similar to Clock Tower: The First Fear, serving as a health meter, and is indicated via the color of the cursor. Originally, the cursor is white (or light blue if Bates is controlling Alyssa). When Alyssa is about to be attacked by a stalker, she freezes in a panicked state and the player is required to button mash (the cursor will flash). If the stalker fails, Alyssa will automatically run into the last room she was in, and the cursor will turn orange, indicating that the maximum amount of attacks the player can survive is two. If she is attacked again and the player succeeds in dodging, the cursor will turn red; this means that Alyssa will be dead the next time she is attacked, whether or not the player chooses to button mash.

If Alyssa comes across a first aid kit, the cursor will automatically return to its original white/light blue color.

In Clock Tower 3, panic is displayed as a meter. If Alyssa Hamilton sees something violent, disturbing or is attacked (or almost attacked) by a stalker, the meter will begin to fill and change color (from blue, green, yellow, orange then red). The controller will also vibrate to Alyssa's heartbeat.

Once the meter is completely full, Alyssa will scream and enter a state of panic and will run frantically and sometimes cower in place (if this happens, it is recommended to wiggle the left analog stick). Visibility is also limited. If Alyssa is attacked even once while in panic mode, she will die. If the player has a Sigil Stone in their inventory, it will protect Alyssa from an attack. The panic meter can be reduced by completely evading the stalker or by using Lavender Water.

In Hard Mode, the panic meter is much more sensitive; events that would normally fill up the meter slightly will, instead, increase the meter dramatically. For extra challenge (perhaps mixed with Hard Mode), it is possible to disable the panic meter in the NTSC-U version, although only by a patch. Doing this makes the game harder as the player has to guess Alyssa's panic level. This patch also hides the Holy Water amount. This patch is designed for PCSX2, but can be converted.

In Haunting Ground, panic is represented by de-saturation of the screen (the screen becomes more black and white), contrast of the screen (darker shades become darker and lighter shades become lighter), and stronger vibration of the controller (Fiona's heartbeat). The screen will also begin to "pulse". Fiona Belli will panic when she is near stalkers and she will trip occasionally. Panic can also be triggered by examining certain environment objects (see below).

Panic can be reduced by Lavender, Mundus and Sedetio, although Fiona cannot use them in Panic Mode. Some equipment, such as chokers and earrings, can alleviate panic.

In Panic Mode, Fiona releases a bloodcurdling scream and will begin sprinting and the player must guide her away from the stalker. The music "Closed Mind" will play. Although Fiona can open doors in Panic Mode, she cannot close them or unlock them.

If Fiona bumps into a wall or an object, she may fall down and begin crawling on the floor. At this point, a single attack will kill Fiona, and there is about a 50/50 chance that she will die. However, if her relationship with Hewie is good enough, Fiona can call him and have him distract the stalker long enough for Panic Mode to end. The player can also wiggle the analog sticks and repeatedly press buttons so that Fiona will get up faster. 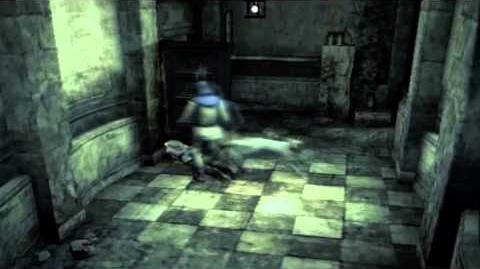 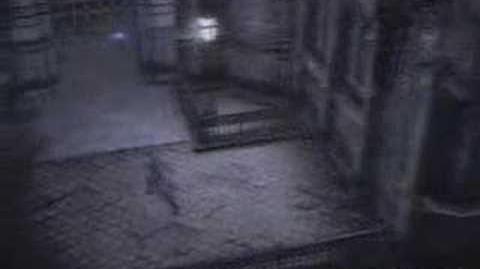 Sledgehammer kills Alyssa because she has no Sigil Stones left.

Wiggle the analog stick in panic mode when Alyssa freezes or this happens.

The panic meter increases because Scissorwoman is close to finding Alyssa hiding in a stall.